As usual, this weekend was too short. I did manage to get a few things accomplished, but not enough.

I finished a couple quilt blocks for my guild members. These will be turned into charity quilts for 100 Quilts for Kids at our meeting next week. 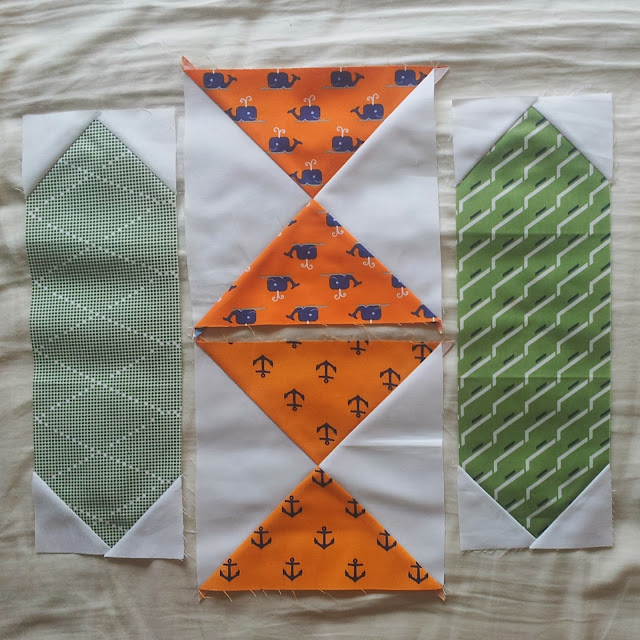 I also finished a few other random blocks. I've been wanting to make flying geese for awhile and am glad I finally got the chance. I definitely want to make a flying geese quilt some day. 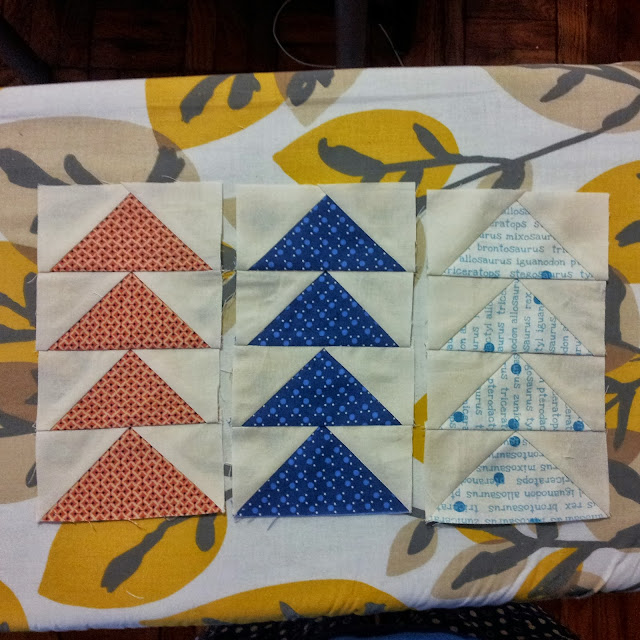 I really wanted to at least attempt to cut the fabric for Mom's chuppah, but all I did was take it out of the closet and send her a photo for her florist. I think I'm hesitant to work on this for three reasons:

1) I'm not overly happy with the blue. Probably should have gotten this one instead, which actually was my original intention. I think the one I bought works, but it's not the shade I really wanted, so I'm kind of kicking myself. But I can't reorder, so that's what I'm using.
2) For my design I have to work with 4 inch by 4 yard strips - I'm really nervous that I'm going to mess up while cutting the strips. DCMQG members - I know next weekend is charity sewing day, but I might bring this fabric to get some advice/help on cutting if you don't mind.
3) It's for my mother's wedding, so it has to be perfect.

The wedding is at the end of October, so I actually really need to get working. I think it should come together relatively quickly. Just need to make the first cut!


My iPod broke and Apple won't replace it even though it was a known manufacturing problem (poor customer service, Apple!), so Mr. T tried unsuccessfully to fix it. The parts are just too small! But now I have my eye on this one (despite the fact that I'm mad at them, there's just no suitable replacement). And this once we change phone providers next month! 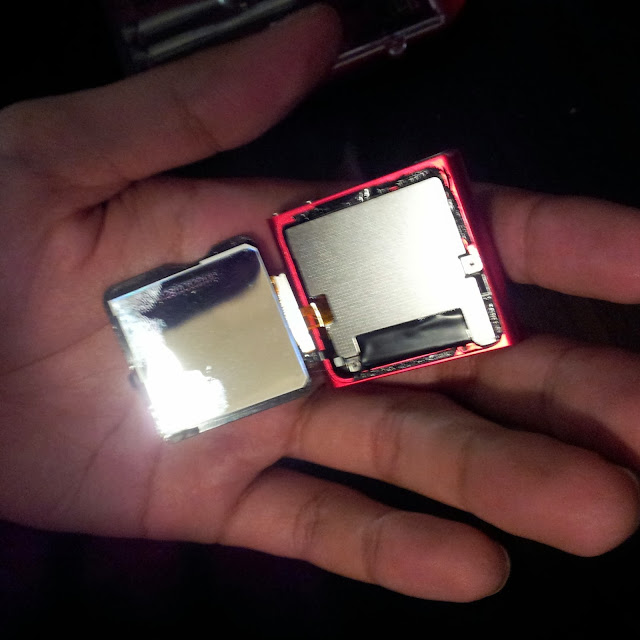 - I went on a few good runs in preparation for this race in November.
- On one of them, I got to run with this adorable guy. I really want to bring him home, but we can't have a dog in our apartment :(
- Mr. T and I went to see this dance show. We got free tickets through a Hindi class I'm taking. Thank goodness they were free, because the show was pretty boring. Not the upbeat, colorful, fast paced Indian dance shows I'm used to seeing.
- I did a little bit of work on my Slade sweater for Mr. T, but not as much as I wanted. I'm on the sleeves now. Then just blocking, seaming, collar and button band, buttons, and probably blocking again. Hopefully he'll be able to wear it this winter.
- I tried to buy this yarn in Moondance, but it was sold out in less than 2 minutes. As soon as I put it in my cart, it was gone!

And I got to play and cuddle with these crazy creatures! 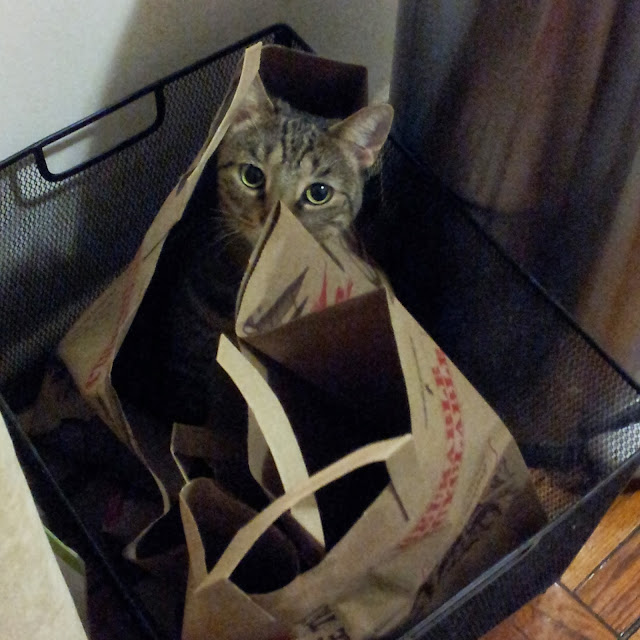 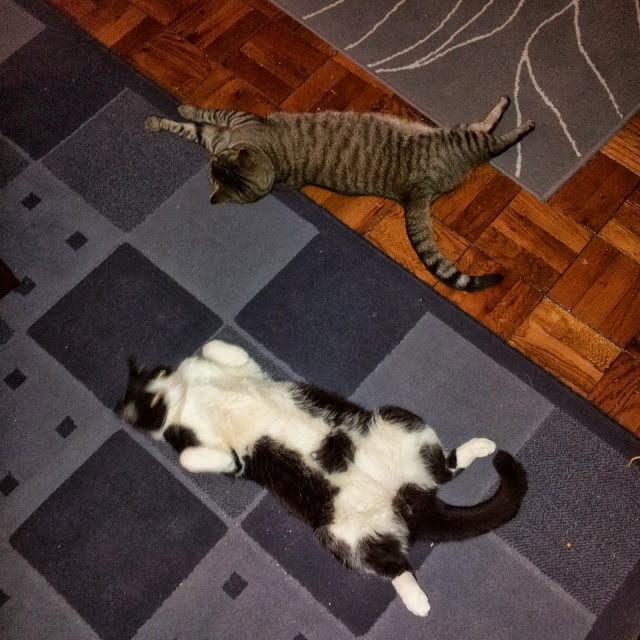