After several years of missing out on tickets, Mr. T and I finally made it to the US Open last week! IT WAS AWESOME! 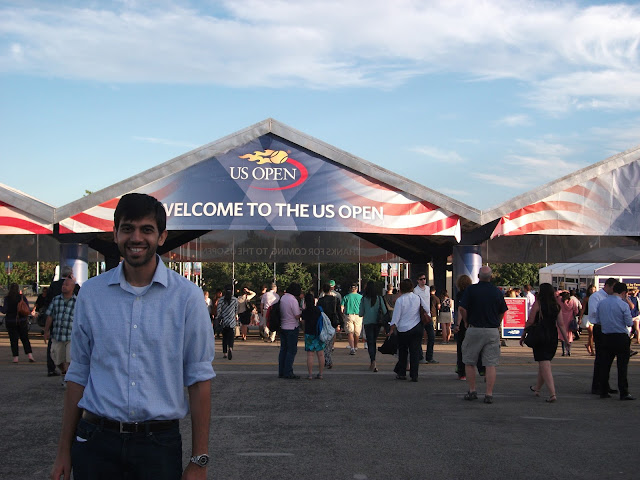 I spammed instragram (I'm @thecraftyroach) with nearly identical looking photos of tennis courts, but if you look closely you can differentiate. I'll only post a couple here. 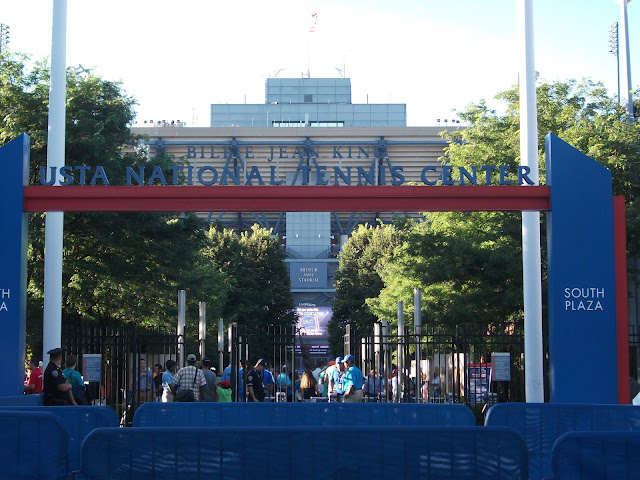 We went to the evening session Wednesday and all day Thursday, so we saw a lot of matches, including:

We also saw Li Na and Richard Gasquet on the practices courts. We had to fight the crowds to crouch and peer through a fence, but it was worth it!

And there were two exhibition matches, so we got to see a minute of the McEnroe brothers as well as Chris Evret and Monica Seles vs. Jason Biggs and Rainn Wilson. The latter was much more entertaining that I thought it would be.

We're already planning our trip next year! Hopefully we'll see some slightly more exciting matches because, even though it was awesome to be there, most of the ones were saw were pretty one-sided, finishing in straight sets.

Also, later this week we'll return to crafting-related posts when I share details of the Staple dress I'm wearing in these photos.