This is my favorite dress ever! Made using April Rhodes' exceedingly popular pattern. I previewed it in my US Open post, but I'm back today to provide more details.

Initially I debated between this pattern and the Washi dress, but I'm glad I went with this one. I'm sure I'll make a Washi at some point, but this one definitely fits my relaxed style a bit more. Also, based on photos I thought the Staple Dress would be more flattering on my figure. 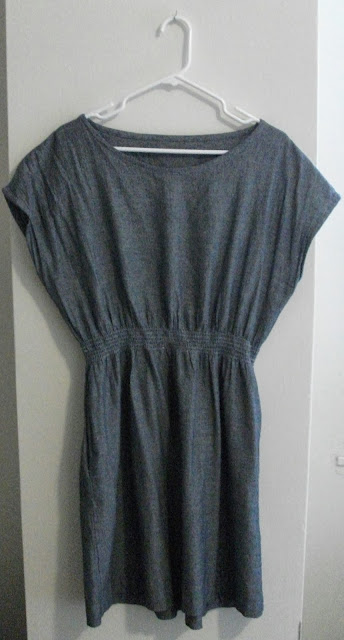 Even though people told me that this dress was really easy and a muslin wasn't necessary, I went ahead and made one. I'm glad I did! After my previous dress debacle, I didn't want to risk making an ill-fitting garment again. 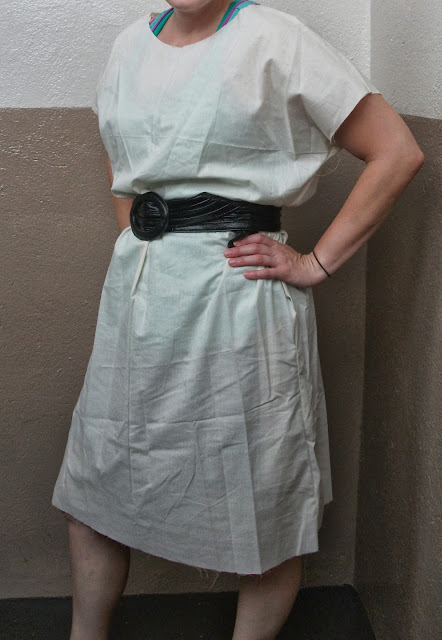 Based on my measurements, I originally cut a medium, but it was definitely too big. So I brought the muslin in to a small, which felt okay but I thought might become too tight once the finishing was complete (which I did not do on the muslin). In the end, I cut somewhere between a small and a medium. The fit in the hips turned out well, but I think the bodice is still too big. It's just a bit too baggy and the neck kept falling off my shoulder a bit so my bra strap showed. Next time, I think I'll cut a small bodice and grade it out slightly for the hips. 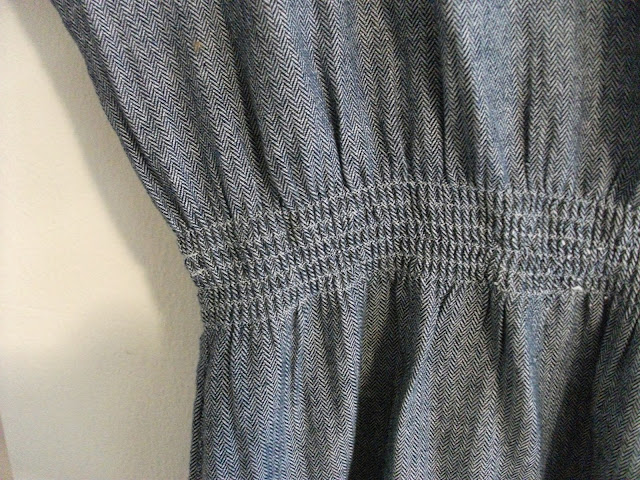 In an attempt to bring it in, I added six lines of shirring. I really only wanted one or two, but I'll probably end up wearing a belt 99% of the time, so it doesn't matter anyway. Speaking of shirring, so easy! I was nervous because I'd read that brother sewing machines can sometimes be finicky, but I had zero issues! Didn't have to change my tension or anything. Just hand-wound the bobbin and it was good to go! I've read several tutorials of the past year, but I found this one and this one the most helpful when it actually came down to it. 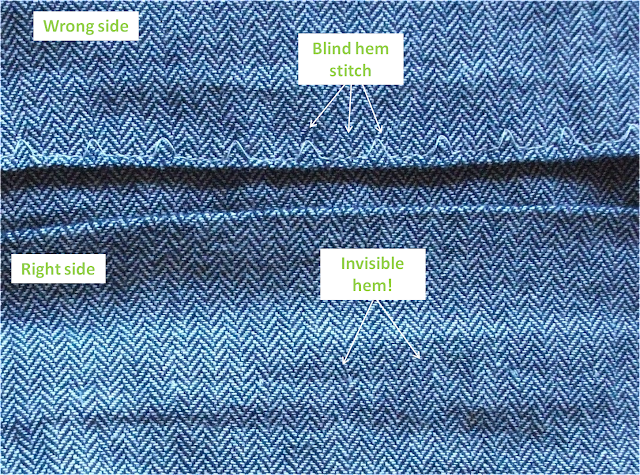 Even though this was my first time making the dress, I decided to be super fancy. I used french seams throughout (even though I added pockets and the pattern suggests using regular seams with the pocket option). I don't have a serger, but I pinked and zig zag stiched over the raw edges of the pockets to keep them from fraying. And - I'm most proud of this part - I USED A BLIND HEM TO FINISH THE BOTTOM!!! I followed this tutorial and used this free Craftsy class, and it worked out really well! The folding was a bit confusing, but the tutorial explained it perfectly. 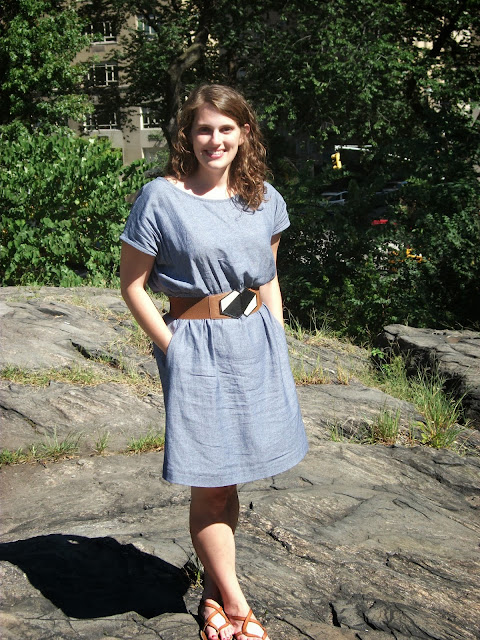 I went back and forth on fabric, but eventually decided on this herringbone Chambray Union by Robert Kaufman. It's perfect! It's very light and airy and oh so comfortable. Plus, herringbone is my favorite. I made this dress specifically to wear to the US Open, and it didn't disappoint. I finished it two days before we left, picked up the belt the day before, and ended up wearing it three times over the next four days because I love it so much (don't worry...I took it off long enough to wash it in between). And I got endless compliments. I even wore it to work one day and several people commented on it - without soliciting! I only told them I had made it after they'd already complimented it.

Needless to say, this dress will be getting a lot of wear. I think it cinches at just the right place for a very flattering silhouette. I haven't tried yet, but I'm hoping it will work with tights and boots, too, so I can wear it all winter long. Plus the pattern was very easy to follow and the dress came together in only one day, so I'll definitely be making more of these!