I think clutches are one of my favorite things to make. They're quick; they're easy; and they're useful!  Last weekend Mr. T and I attended an extremely fun and beautiful (and mostly DIY - wish I had taken some photos of all the handmade touches) wedding. Neither of my two existing clutches (see here and here) really matched my dress, so I decided to make a new one (like I actually needed an excuse).  While I really like the envelope clutch pattern and style, I wanted to try something new this time around, preferably something simple and straightforward that I could make in a single night since I knew I'd only have a few days between coming back from vacation and the wedding to make it. 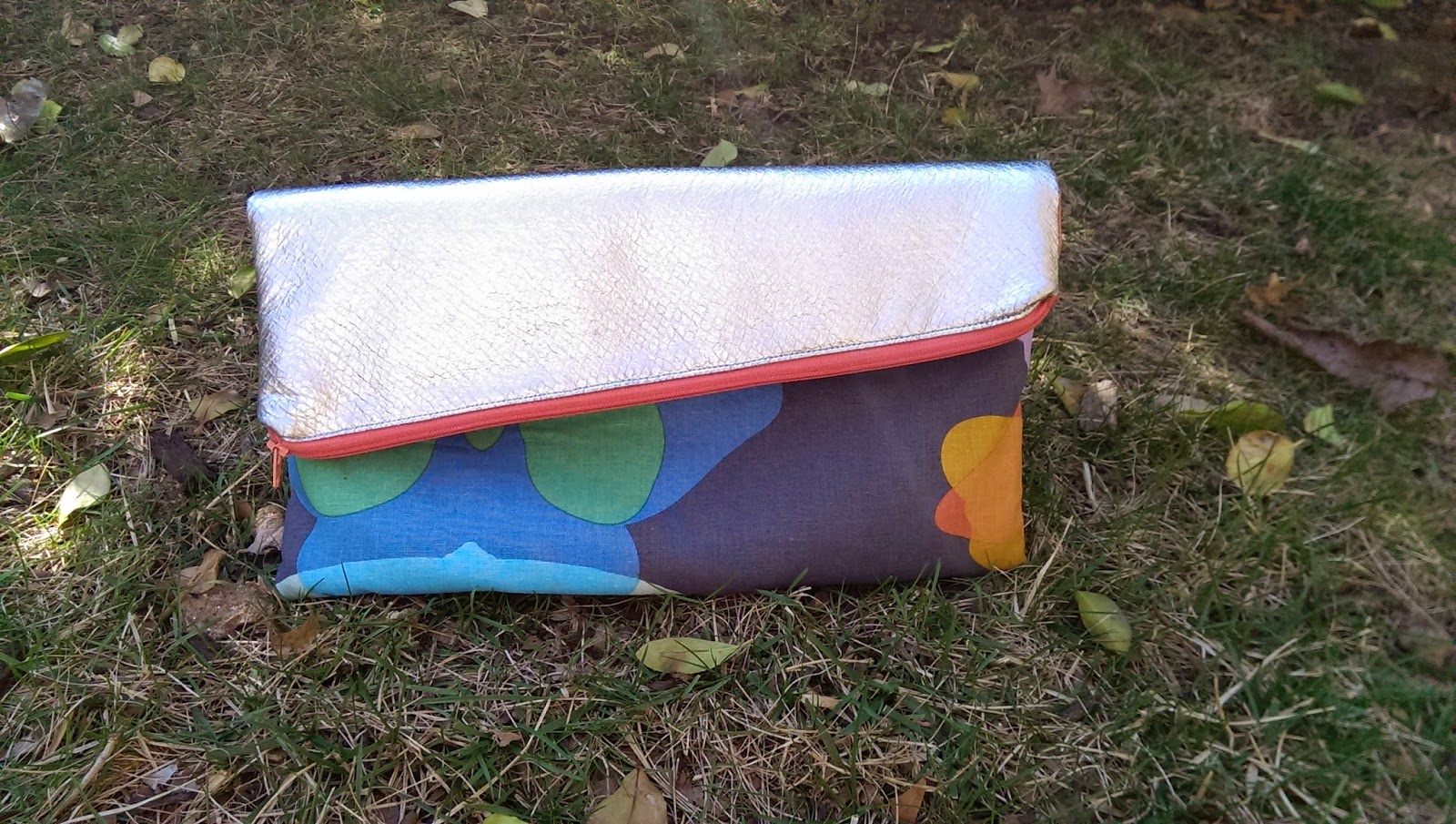 During my regular blog perusing, I stumbled upon this post and was immediately drawn to the fold over style.  I ended up using this tutorial, but to be honest, it's such a simple design I really only referred to it for the measurements when cutting.

When considering fabrics, my mind immediately went to this Anna Maria Horner linen I had leftover from the tote I made last summer. A quick search at JoAnn led me to the metallic faux pleather - yes, fake fake leather. It's essentially fabric lined with tin foil. I don't expect it to last too long (there may or may not already be a scratch on the back), but it was almost exactly what I was envisioning, and it was within my budget, so I used it.  And I love it! 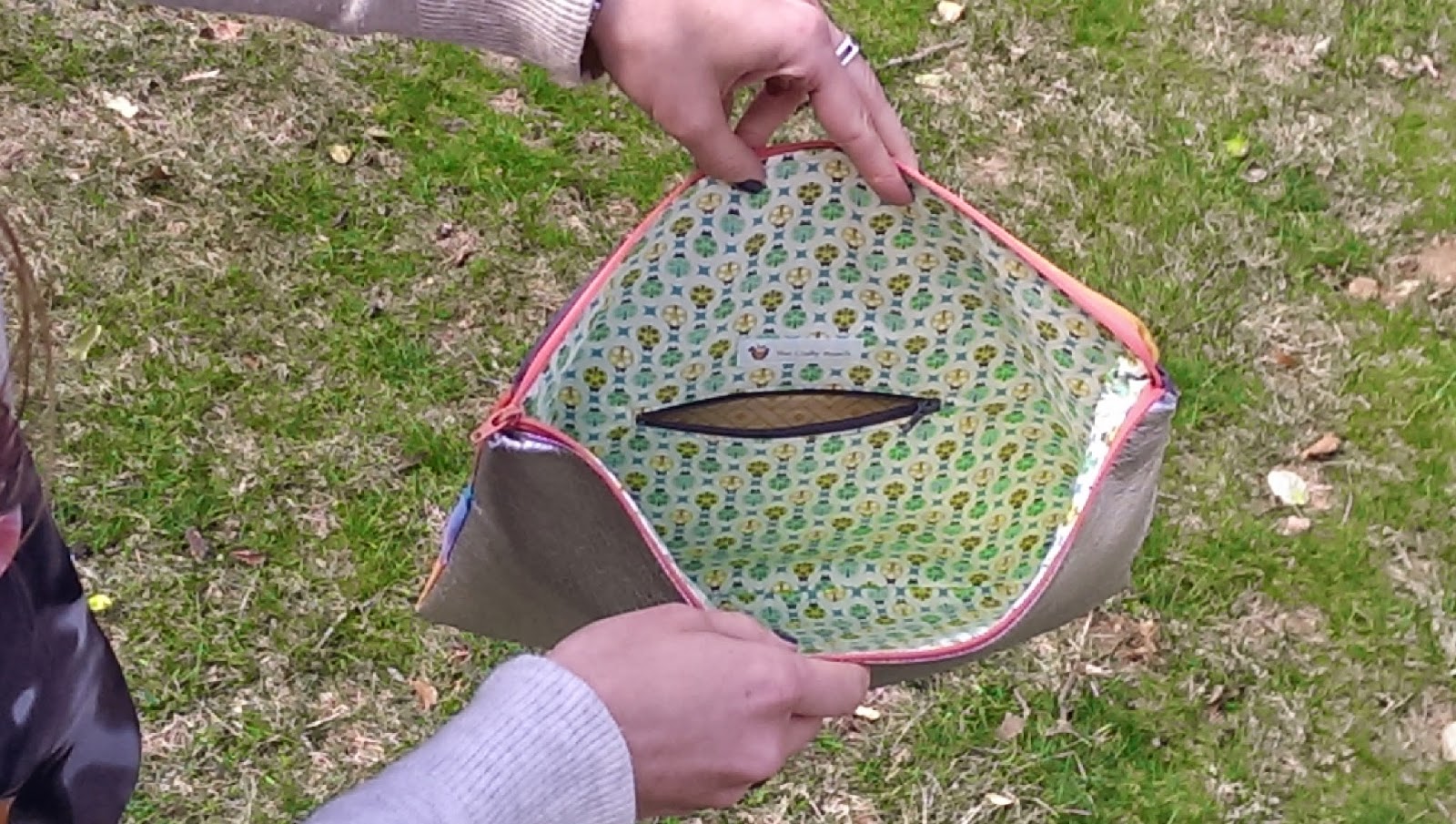 For the interior I stuck to the insect theme and used these cute lady bugs that I'd originally purchased for Rayna's quilt. As always, I modified the pattern a bit by adding an interior zip pocket. I really can't have a bag without an interior zipper. I get too nervous my keys or money will fall out if they're not secured inside. I also added a label, which I don't typically do for items I'm keeping. 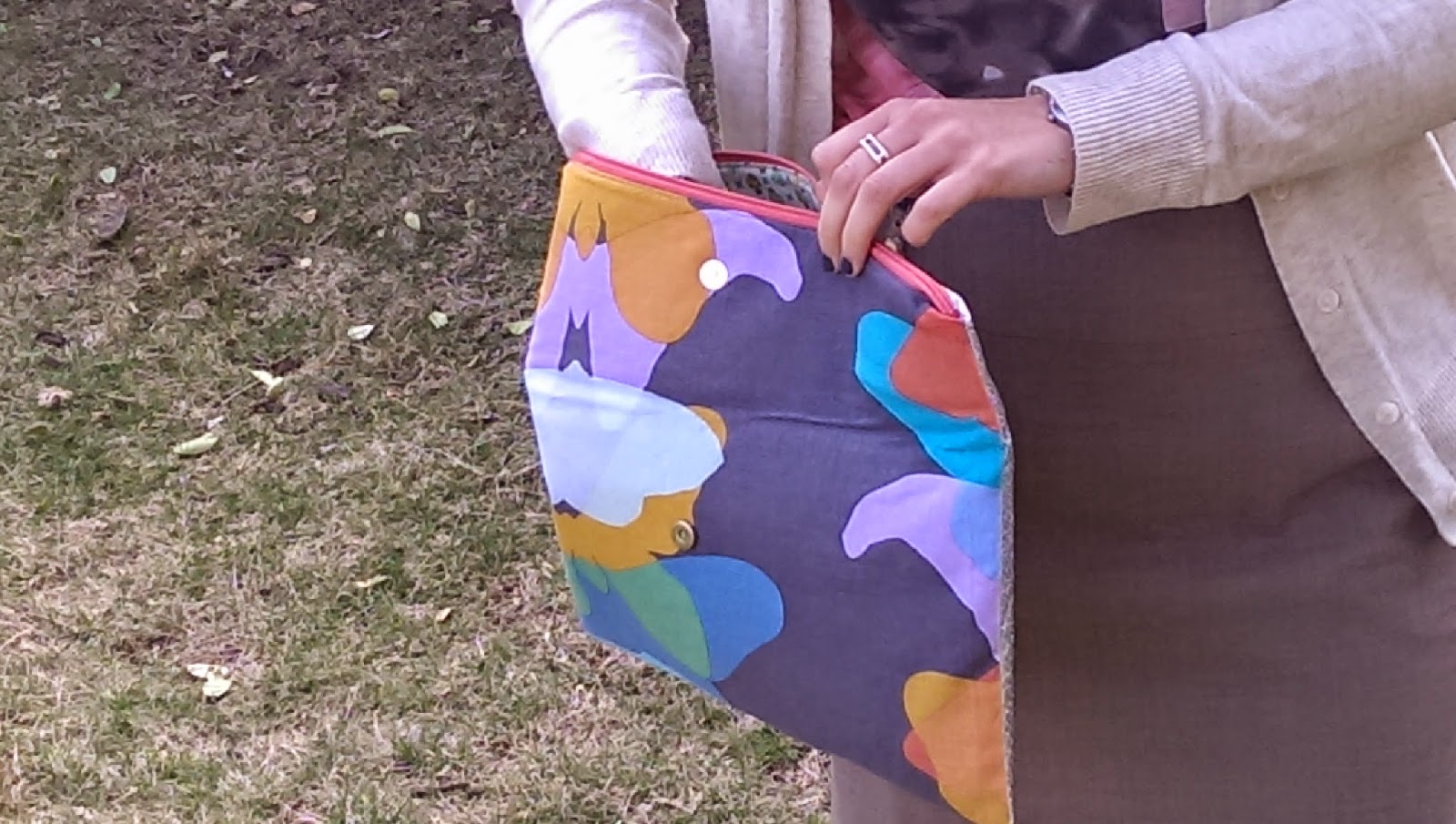 I lined the interior pieces with SF-101 and, to provided even more shape and stability, ironed some fusible fleece to the outer pieces.  I was a bit nervous this would make it too thick, but I'm actually quite pleased with the heft and feel of the final product.  Because of the extra bulk, however, the bag wouldn't really stay folded if I set it down, so I included a magnetic snap to latch the flap in place. 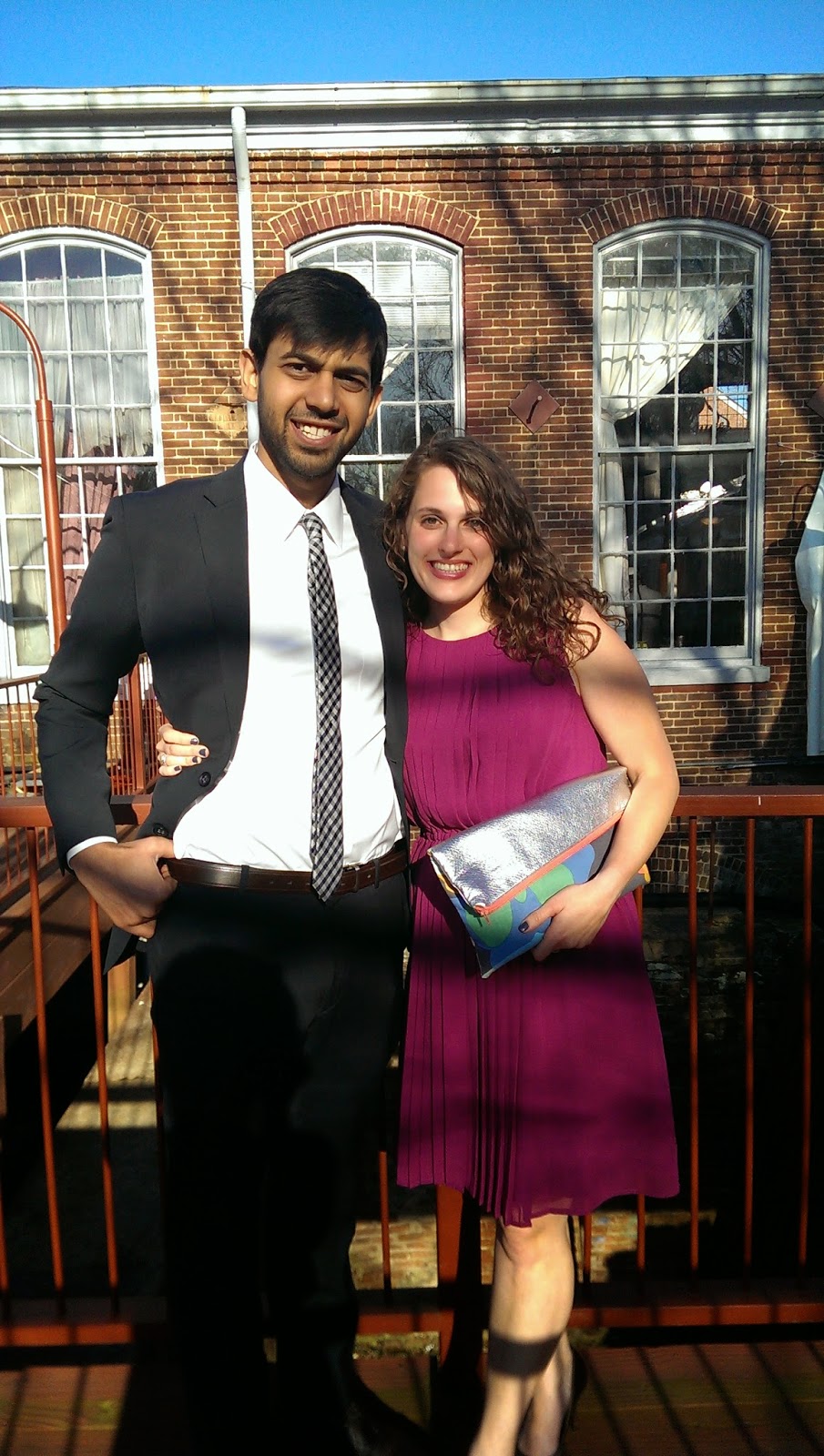 I expect I'll get a lot of use out of this bag, especially as the weather continues to warm and we're more willing to venture out in the evenings.