Well, over the weekend my walking foot decided it had had enough and the feed dogs stopped working.  Until I can get a new one, the quilting project I previewed in last week's WIP post is on hold, but it's basted and ready go once the new foot arrives.

With my walking foot out of commission, I was able to spend some time over the weekend tackling other projects that I've been meaning to get to for months, but that just keep getting pushed down by my quilting endeavors. After weeks of promising him, and months of having the fabric on hand, I finally started making pajama pants for Mr. T.

I've never made clothing before, so I figured pajama pants was a good place to start.  They seem relatively straightforward, and if they're awful no one will ever know because they're just for around the house (in theory - I admit I have worn mine out before, but mostly in college).  I found this free pattern by Simplicity online that I'm using.  It was a bit of a pain trimming and taping the 25 individual sheets of the pattern together, but it didn't take too long.  I was able to get everything cut easily, and then I went to make the buttonholes for the drawstring.  Now, I've never made a buttonhole before, but my instruction manual says it's a very simple process because my machine has a 1-step automatic buttonholer.  Well, it may be simple, but it took me and Mr. T THREE HOURS, a bunch of googling (which wasn't actually helpful), and a slightly tearful phone call to my mother to figure it out.  I guess my stitch length was a bit too short, so the needle kept getting caught up on the left side.  Oh well, now I have two perfect buttonholes! 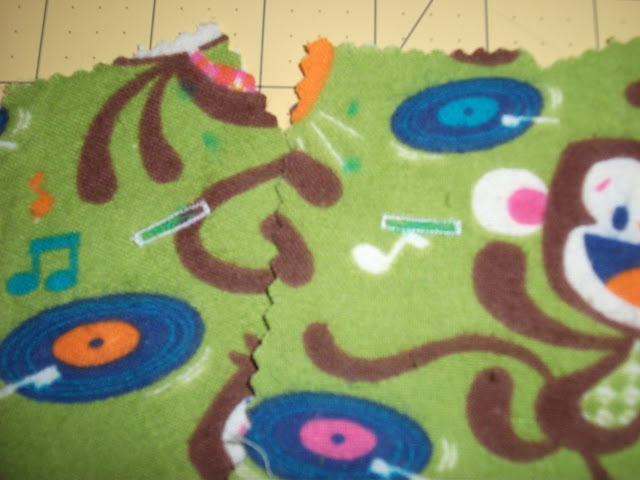 I don't have a surger, so I used my pinking sheers to cut the fabric, and am thinking of zig zag stitching all around the edges to reduce fraying.  Does anyone have other suggestions?

My other ongoing project is my Spectrum Socks, which I'm making with Shibui yarn. 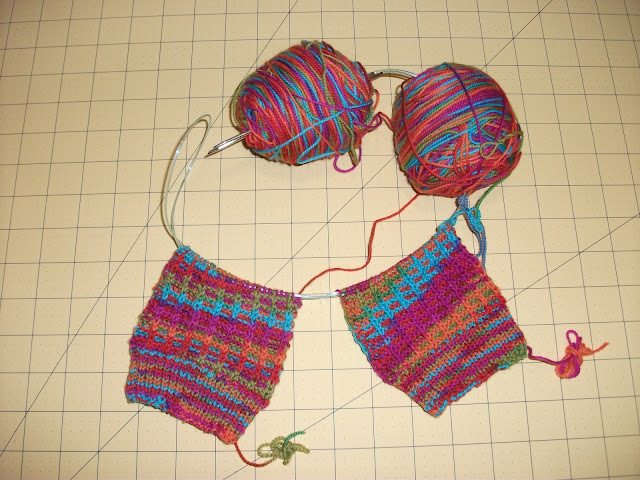 I'm using a pattern from Knit Socks! 17 Patterns for Cozy Feet by Betsy McCarthy and the two-at-a-time method. 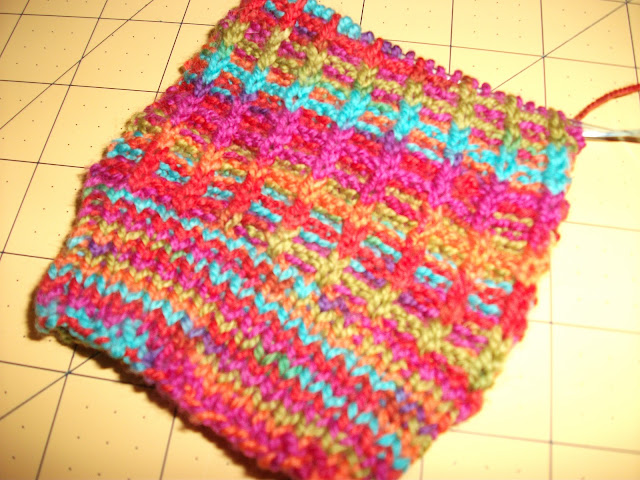 So far I'm loving these socks, especially the way the variegated yarn is resulting in this spiral striping.  Hopefully I'll be able to finish them in time for the cool weather (which I hope is coming soon!  I'm sick of this heat and humidity!)


Disclaimer: I apologize for the poor photo quality today.  I took these in a hurry this morning before I left for work just so I would actually have something to post today.

Linking up to WIP Wednesday at Freshly Pieced.
Posted by Jess at 11:14 AM