When I first learned to knit, my friend Zina commented on how she really liked the colors of yarn I was using.  So, to be an awesome friend, I made a hat for her with it.  Granted, it was only my second hat, but it still came out really well and she wears it all the time.  A few weeks later, I made hats for myself and another friend using a very nice, 100% hand-dyed wool.  And I let it slip that Zina's hat was made with acrylic yarn I'd hat lying around for years.  Since then, she's be pestering me non-stop for a colorful hat.

Well, she's moving to another country, so I decided what better send off than this cabled, earflap hat.  Not that she'll really needs it where she's going....  This is the first pattern that's I've really written myself, and the first earflap hat I've made.  The idea came from this Chunky Cabled Earflap Hat, but aside from learning how to do the increases on the earflaps, I didn't look at any pattern!  (Clearly, I'm pleased with myself!)  Admittedly, there are a few mistakes, but that's what makes it personal, right?  Zina seemed to like it as well, and hopefully she'll get some good use out of it. 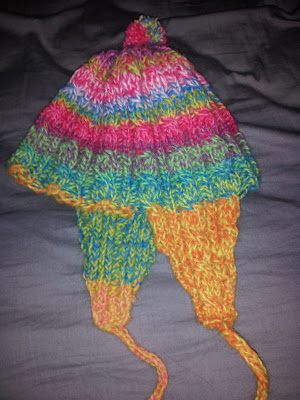 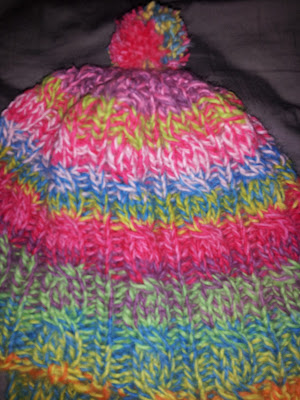 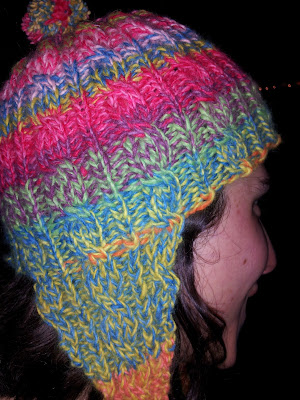